I’m a Métis & Cree writer (with family and ancestors from Prince Albert, Red River and other communities within Numbered Treaties territories) residing on Hən̓q̓əmin̓əm̓ and Sḵwx̱wú7mesh speaking peoples’ lands in Coast Salish Territory (Vancouver, BC – Sḵwx̱wú7mesh, Səl̓ílwətaʔ and xʷməθkʷəy̓əm territories.)

I post articles written by myself, as well as articles by other Indigenous people that until now have been hard to find or to access online, and occasionally, writings by non-Native people that I find relevant to the struggle against colonialism and capitalism.

Recommended articles on other sites, by other people:

Unlearning: From Degrowth to Decolonization, by Jamie Tyberg

A Contribution to the Critique of Political Autonomy, by Gilles Dauvé and Karl Nesic

The Democratic State: Critique of Bourgeois Sovereignty, by Karl Held and Audrey Hill

Desiring the Tribe, by Lou Cornum

Great Manitoba: A story of race, labour, corruption and murder that shaped a province, by Owen Toews

The Reign of Terror Against the Métis of Red River, by Lawrence J. Barkwell

The revolution will be translated, by Jane Shi

Immunity for All—Invitation to a Strike | CrimethInc.

Anarchy in the UK: The Poll Tax Rebellion, From Refusing to Pay to Fighting Together, by CrimethInc.

Against Quarantine, How responses to the new corona virus territorialize disease and capitalize on a virus, by Angela Mitropoulos

An Anti-Colonial History of “British Columbia,” A graphic narrative of resistance, by Gord Hill

Reconciliation is Dead: A Strategic Proposal, by tawinikay

Autonomously and with Conviction: A Métis Refusal of State-Led Reconciliation, by tawinikay

The Approaching Obsolescence of Housework: A Working-Class Perspective, by Angela Davis

Notes on the New Housing Question, by Maya Gonzalez

Communization and the Abolition of Gender, by Maya Gonzalez

The Gendered Circuit: Reading The Arcane of Reproduction, by Maya Gonzalez

The Logic of Gender: On the Separation of Spheres and the Process of Abjection, by End Notes

Patriarchy and Commodity Society: Gender without the Body, by Roswitha Scholz

Solidarity Statement: Asians in Support of Wet’suwet’en Jurisdiction and Governance

Here’s Some Resources [on what’s happening in Wet’suwet’en territory], by Samantha Marie Nock

Wet’suwet’en Strong: Who are the Indigenous artists on the front lines of the land defence and protest rallies for Wet’suwet’en?, by Lindsay Nixon

Colonial Legacy of the CCF: An interview with Allyson Stevenson

Intimate integration: A study of aboriginal transracial adoption in Saskatchewan, 1944-1984, by Allyson Stevenson

The Red River Jig Around the Convention of “Indian” Title: The Métis and Half-Breed Dos à Dos, by Darren O’Toole

The Law and Politics of Métis Title, by Karen Drake and Adam Gaudry

The Selkirk Treaty of 1817, by Adam Gaudry

Afro-Blue Notes: The Death of Afro-pessimism (2.0)?, by Greg Thomas

From scrip to road allowances: Canada’s complicated history with the Métis (CBC Unreserved)

The People and the Text (Indigenous Writing to 1992)

Settlers In Support of Indigenous Sovereignty

Birth of a Family

Is the Crown at war with us? 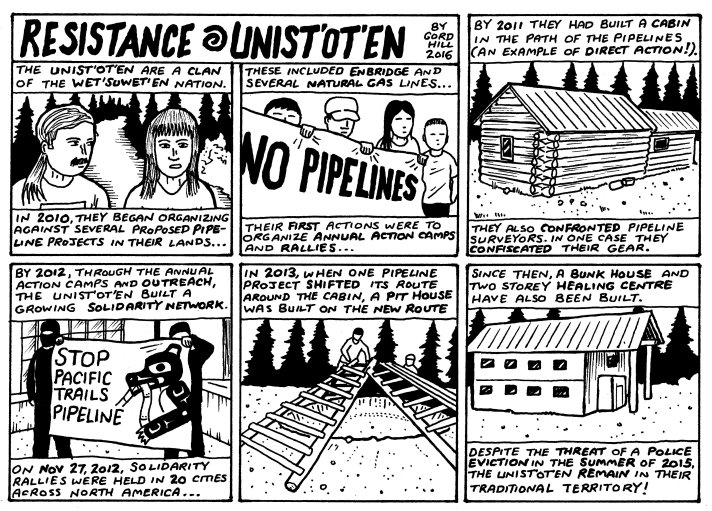 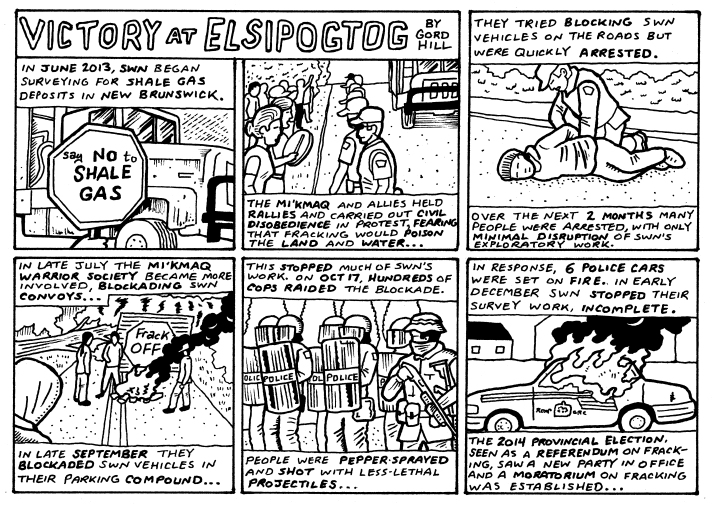